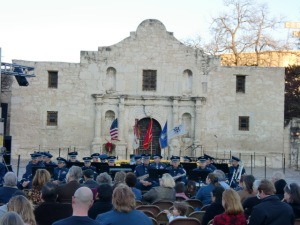 It’s time for some travel trivia as we head toward summer. What Texas icon is having a big birthday this year? No, it’s not T. Boone Pickens or George W. Bush.

Remember the Alamo? This year marks the 175th anniversary of the most famous fight in Texas history — the 13-day Battle of the Alamo. One hundred eighty-nine people lost their lives in this epic encounter, including heroes such as Davey Crockett and James Bowie. When the smoke cleared, Gen. Antonio Lopez de Santa Anna’s Mexican army had won.

By dawn’s early light, I witnessed the commemoration, recently, of this struggle for Texas independence. I had no idea how important this event was — and still is — to folks there. Grown men were misty-eyed as musket fire pierced the silence. Women held hands with their children — many dressed in coonskin caps and leather-fringed jackets. There was a reverence I’ve seldom seen — for the fallen soldiers on both sides. 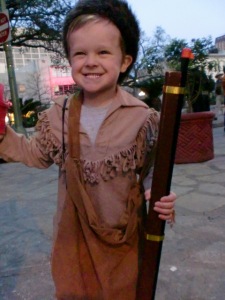 The Alamo is the heart and soul of San Antonio, and the most visited site in the state. But it’s just one of many attractions that make this a must-see destination. I was surprised to learn that San Antonio has its own Culinary Institute of America, one of just three in the country, along with Napa and New York.

“We’ll be making a meal that the settlers would have eaten during the Alamo era,” said the institute’s chef as we all donned white aprons and hats. Some students cut up cactus forensalada de nopales asados and some stirred chilorio and toasted green chiles. I got to make tortillas de harina, which were easy to knead but much harder to roll out and grill. 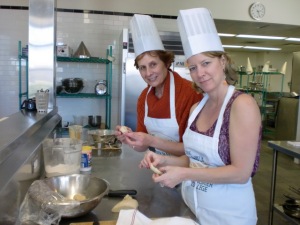 “You’ll know you’ve rolled them out right,” said chef Elizabeth Johnson-Kossick, “if the tortillas inflate on the comal (griddle).” She went on to explain that a large bubble in the middle of your tortilla signified marital bliss. It was all the incentive we needed to put the utmost of care into our rolling technique.

Food is not just sustenance; it’s a celebration in San Antonio. Every restaurant, every chef, every open-air market offers its own distinctive cuisine. San Antonio’s Pearl District is the epicenter of this culinary movement, with the Culinary Institute of America opening last fall near the historic Pearl Brewery and the Pearl Farmers Market, (where all produce is hand-planted, raised and harvested within 150 miles of San Antonio). The neighborhood includes live/work apartments, chic shops and celebrated eateries. 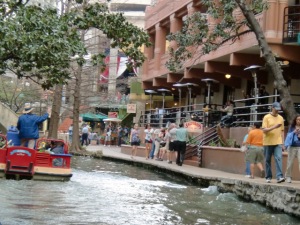 But one thing this district doesn’t have is its own hit song. Remember Tanya Tucker’s version of “The San Antonio Stroll?” As if on a loop, the ditty danced in my head as I watched a steady parade of people strolling along the famed River Walk. Tour boats motored merrily on the waterway as people dined under colorful umbrellas on shore.

Even the city’s premier art institution, the San Antonio Museum of Modern Art, is accessible by boat. Located in the old Lone Star Brewery, the industrial bones of the building complement the grand Greek and Roman sculptures and ancient Asian artifacts. 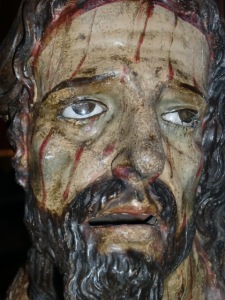 A depiction of Jesus at the Museum of Modern Art

Five Spanish missions punctuate the importance that history plays in San Antonio. It’s the largest concentration of Spanish colonial architecture in North America, and includes the old adobe fort that men gave their lives to defend back in 1836. It’s just one more reason to “Remember the Alamo.”