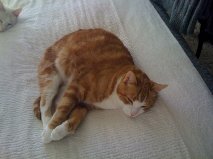 It was like finding a time capsule. When the Beaumont family started their remodel, last month, they discovered an old Montclair Village business directory on the wall of their Estates Drive garage. With the recent changes in town, including the retirements of the Sarber and Sullivan families, Bob Beaumont thought it would be fun to look back to 1978.

And then there’re the shops we remember that are no longer there, including two of my favorites — the Ice House and The Equinox. We still have plenty of places for sweet, frozen treats but nothing to replace the Equinox, a live music venue that kept Montclair from rolling up its sidewalks after dark.

“As a perspective, it’s also a comment on where the world has gone,” says Beaumont. “No more travel agents, the women’s apparel stores are gone but replaced by others, still lots of Realtors, we’ve gone from two banks to several — and no more Raimondi’s or Guy’s Drug Store.”

Yet, the words of two famous philosophers seem to explain the changes succinctly. To quote Sonny and Cher: “The beat goes on.”

Paving project: Dreams can come true. After years of waiting, Montclair’s most notorious roadway is finallybeing repaved. Councilwoman Libby Schaaf says kudos go to PG&E employees who “worked very hard to expedite the utility undergrounding work that is happening from Joaquin Miller Elementary to the (Highway) 13 on-ramp.” She says the section from Montera Middle School to the Ascot rock will be repaved next summer.

Talent call: Thanks to reader Nancy Garvey for this heads up — Oakland is hosting its first public youth film festival Oct. 13. We beat out 20 other candidate cities, largely because of our school dropout rate. Be that as it may, it’s an opportunity for young filmmakers to have their work showcased. If you know someone who might qualify, have them check out www.kqed.org/mediafestival before the Aug. 27 deadline.

Animal alert: Has anyone seen a rust-colored kitty named Jack? He’s been gone for a month, and his owner is worried. Jack was last seen near Florence and Julia, and reader Tamara Long says he’s probably disoriented and scared. If you spot a striped tabby with a white mask, bib and boots, contact me and I’ll put you in touch with Tamara.