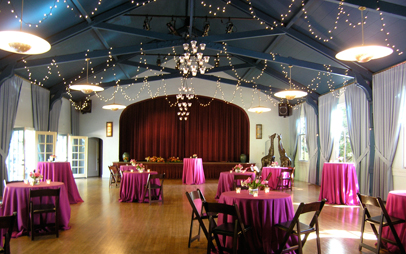 The Montclair Women’s Cultural Arts Club has a new suitor. The Kids Speaking Spanish (KSS) immersion school is testing the waters for support after seeing LePort Montessori School meet a tsunami of resistance.

What’s different about this bid? KSS would bring half the number of students (about 60 compared with LePort’s 140) and make no changes to the existing structure or treescape (LePort wanted to remove trees and add a concrete wall).

Last week’s first public meeting saw a handful of folks who were cautiously optimistic about the KSS plan, but the concern can be summed up in one word: traffic.

KSS seems to have a good reputation, and this would be its fourth East Bay school to open in the past 15 years. Supporters, including parents familiar with the school, say it’s a good fit for this historic building and for Montclair. We should know more soon about the school’s proposed traffic plan. In the meantime, let me know what you think, and if you have questions contact the school’s Kurtis Pierce at kurtis@ksspreschool.com or visit www.ksspreschool.com.

Hot spot: Uptown, downtown, all over town, I’m seeing a surge of young people spending big money in Oakland. The millennial madness is really apparent on First Fridays, when art and music converge into a giant street party. Twenty local artists are joining the fun again this weekend for an art show and fundraiser — with live music — at Giovanna Tanzillo’s Uptown Body & Fender, 401 26th St. You can buy everything from drawings to dioramas from 11 a.m. to 6 p.m. Saturday and Sunday.

Email bag: Last week’s column on the historic and sadly neglected Montclair firehouse hit a nerve with reader Valerie Peck. She echoed other readers in saying the city and the Montclair Village Association need to rescue this storybook architectural gem.

“Someone could even donate repairs as part of an exchange for building something in the city elsewhere or for affordable housing credits,” she writes, adding “There is a lot of money coming into the city, and our heritage deserves to be protected.” Will anyone step forward?

Media mention: Speaking of architectural gems, the Montclair midcentury modern “SkyHouse” was the site of a film shoot recently for “The Inconvenient Truth 10th Anniversary Project.” Several high-level “greenies” were involved in the shoot, including Sierra Club Director Michael Brune. No word if Al Gore made it to Montclair for this 10th anniversary production, but you can visit www.participantmedia.com/2016/05/paramount-pictures-and-participant-media-commemorate-10th-anniversary-‘-inconvenient-truth’ to find out more.

Got news? You can reach Ginny Prior by email at ginnyprior@hotmail.com or on the web at http://www.&#8221; ginnyprior.com.