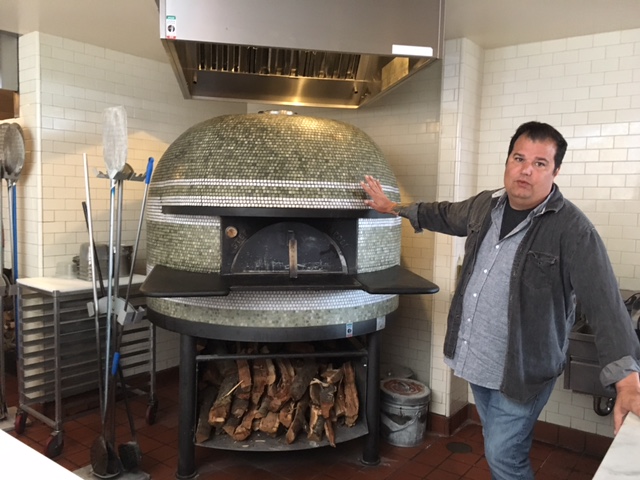 It’s a beautiful day in the neighborhood. The summer fog is keeping the heat at bay. Long sleeves are back in vogue. It sure beats the sweat box heat and humidity that most folks are dealing with — especially in the Midwest.

And what do we do when the weather is pleasant? Play Pokemon Go in Montclair Village. A young reader spotted two 50-something women playing the app on their cellphones outside Yogofina the other evening. “They had no idea what they were doing. They were trying to catch a Wheedle — a weak Pokemon,” he said incredulously. And that is one of the many reasons why my generation shouldn’t be playing this game.

Meanwhile, at A16, there’s no doubt they know what they’re doing. The Rockridge restaurant (http://www.a16pizza.com) just celebrated its third anniversary with the best southern Italian pizza this side of Campania.

Executive Chef Rocky Maselli showed me his secret ingredient the other day — a Stefano Ferraro oven from Naples that had to be hoisted into place with a crane.

Not only does the oven’s clay contain ash from Mount Vesuvius, the height of the dome and the deck are perfect for running the oven at 800 degrees and making pizzas in 90 seconds.

“Not a lot of people understand the Neapolitan pizza,” he says. “It’s fresh dough that’s stretched very quickly and topped very lightly and then baked very, very fast. That’s where the black blisters come in. It gets that smoky flavor, and the dough is kind of chewy.”

Maselli says the other secret to A16’s success is the hyper focus they put on serving the best food and wine from southern Italy. The morning I was there, the kitchen staff was measuring and weighing the dough for the busy evening ahead.

Speaking of busy, A16’s owner and wine director, Shelley Lindgren, is hosting a very important guest this week — the Japanese chef from A16’s sister restaurants in Yokohama and Tokyo. Look for Chef Uchino to create a special menu and pairings with Japanese whiskey and beer.

Around town: A new Asian fusion restaurant is going into the Chowhaus location in Montclair. The paperwork should be signed this week.

Meanwhile, the new owner of O Smoothie shop in Montclair (2075 Mountain Blvd.) is an Oakland Tech and Cal State East Bay graduate. Morgan Or is a model of fitness, and his smoothies are turning the dreaded vegetables (broccoli and spinach) into yummy drinks that even kids love. My recommendation? The K.O. veggie smoothie with a hint of ginger — but even the fruit smoothies are healthy with no added sugar.

Book it: Is writing a book on your bucket list? Former Oakland Tribune columnist and Montclair resident Dave Newhouse will share his writing secrets at the Montclair Branch Library from 3 to 5 p.m. Saturday. Newhouse has published four books since he retired from the paper in 2011 — and he has a fifth book coming out next year on the 1972 Munich Olympics.

Freebie alert: “Grease” is the word Saturday at Red Oak Realty’s Outdoor Cinema and sing-a-long. Brush up on your “Grease” trivia and win a T-shirt or gift card to a Montclair business. Check out www.montclairvillage.com for details.

Got news? You can reach Ginny Prior by email at ginnyprior@hotmail.com or on the web at http://www.&#8221; ginnyprior.com.