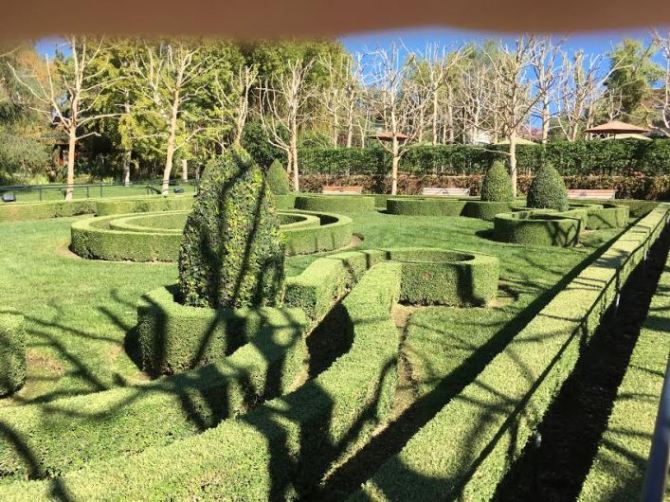 Who says you can’t go home? That adage (more recently, the refrain to a Bon Jovi duet) is just wrong. There’s no place like home when it comes to emotional exploration. With the benefit of hindsight and a dusting of memories, “home” can be a dream vacation, as I recently discovered on a weekend getaway to the Conejo Valley.

Highway 101 is a pleasure to drive — the fertile Salinas Valley, the vineyards dotting what used to be rather bleak farmland near King City, then up and over the Cuesta Grade into San Luis Obispo and the funky coastal town of Pismo Beach (where the famed Pismo Clam still marks the southern entrance). Continue south and you traverse the coast on the Ventura Highway, (yet another song, by America). Once you climb the Camarillo grade, you enter the scenic Conejo Valley.

Framed by the Santa Monica Mountains just 45 minutes north of Los Angeles (and 11 miles east of Malibu), I was first drawn to this region by its beauty — and a job at the local radio station. There were, and still are, two hidden lakes and a waterfall carved into the rugged landscape and miles of soaring coastal terrain to explore.

In 1980, Thousand Oaks and Agoura Hills were sleepy bedroom communities with very few actual beds. I had to live in a horse barn converted into a cottage and believe me, the horse wasn’t happy. Six months later. he returned to his stable when my cousin and I finally found an apartment.

Thousand Oaks is best known to old timers for its early animal theme park, Jungleland. Jayne Mansfield’s son was mauled by a lion at the park, but that’s not why it closed in late 1969. There were too many theme parks sprouting up to the south.

Jungleland is a small part of the history on display at the town’s popular Stagecoach Museum. In a replica of the Grand Union Hotel (circa 1876) you’ll find antiques and memorabilia going back to the region’s early days as a stagecoach route between Los Angeles and Santa Barbara.

Another big draw is the dining and entertainment scene. You can see some of Southern California’s best musicians in speak-easy settings for the price of a couple of drinks. After a great meal at Ladyface Alehouse and Brasserie, we stumbled upon Aldabella Custom Crush & Winery and spent the first night listening to live jazz in the winery’s “living room” and the second night grooving to rock in the adjacent warehouse distillery.

During the day, we explored tourist favorites like Gardens of the World in Thousand Oaks, owned by the founders of Pleasant Holidays, Ed and Lynn Hogan. And just a few miles up the road in Simi Valley, we spent hours in the Ronald Reagan Presidential Library.

And no, our old apartment wasn’t on the tourist guide’s list of must sees, but my cousin and I saw it anyway. It was still there, albeit remodeled — some 36 years after we last crossed the threshold. So were the funky back road taverns on the still rural roads where I used to ride my Kawasaki 250 to the coast. Older and wiser now, my memories are still vivid, and intensely enjoyable when melded with a whole new set of sights and sounds.