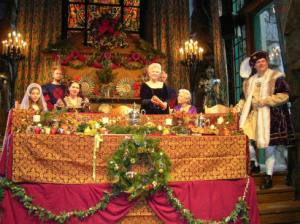 The Wall Street Journal calls it the world’s premier Christmas dinner — a pageant so grand that only the angels in heaven could summon a more joyful celebration.

The Bracebridge Dinner in Yosemite National Park has been held almost without interruption since 1927 — the year the Ahwahnee Hotel opened. It’s a must-see event that should be on everyone’s wish list or bucket list. Yet you may be thinking, “How can I even get a ticket to this popular event that seemingly sells out a year in advance?’

In fact, it may still be possible to spend a white Christmas in Yosemite and attend the 2012 Bracebridge Dinner. The lottery system ended in 2002, and it’s been first-come, first-served since that time. As I write this, there are dinner dates available for Saturday, Christmas Eve and Christmas, with rooms available at the Ahwahnee, Wawona or Yosemite Lodge.

Several East Bay residents make this wondrous four-hour madrigal possible, including longtime director Andrea Fulton from El Sobrante. At 67, she’s been involved with the Bracebridge Dinner since childhood and remembers when Ansel Adams used to come to her house to work on the show with her parents.

“I’d say, ‘Mommy, is the beard coming?’ I knew they were working on something really special, even at 5.”

Today, Ansel Adams’ script stays true to its Renaissance roots but with dollops of rich humor for a 21st century audience.

“The one thing I think people love, more than anything, is to laugh,” Fulton says. To that end — the role of the jester, played by Oakland entertainer Johannes Mager, is now bigger than ever. One act, in particular, brings down the house — when Mager uses a medley of blasts from his tuba to shoo several patrons from their seats. “He is a wonderful comedian, a wonderful musician,” says Fulton, who says Mager toured the world for 30 years before joining the Bracebridge troupe eight years ago. 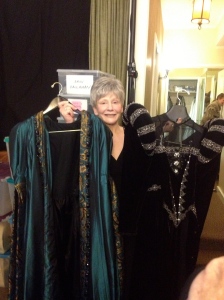 In addition to the cast, it’s the chorus that makes Bracebridge such a richly rewarding holiday experience. Ahwahnee’s grand dining room has exceptional acoustics, and the singers — many of them members of the San Francisco Opera — fill the room with angelic voices that stir the very soul. It’s music that would have made Ansel Adams, himself an accomplished pianist, proud.